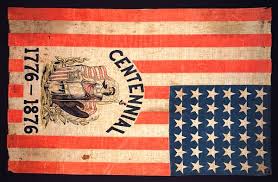 Flags first began as a tool for military procedures, and for visual direction for armies during battle. Since then flags have evolved to be used for a variety of different things from pure decoration to national pride. However the tradition of collecting flags is a fairly recent development in the history of flags that continues to pick up speed.

Recent events in United States history, September 11th, the war in the Middle East, have kept national pride and patriotism at an all time high. Consequently flag collecting, and an interest in old flags, has seen an increased following throughout the United States. This hobby has become a year round event for collectors, and as the interest in old flags has risen, so have the prices.

One recent flag sale, the flag of the Second Continental Light Dragoons of Connecticut, was sold for $12.34 million. This flag was the first to feature the 13 red and white stripes, and still holds the record for  most expensive Revolutionary flag sold.

But why such an interest in flag collecting? And specifically the American Flag? Many collectors agree that the embodiment of the American Spirit, the thrill of owning a piece of history, and the reverence that come with these flags is what keeps them collecting.

Interested in starting your own collection or learning more? Check out these links to some antique flag sellers to see what the excitement is all about!